Oops!
Start Date is not before End Date 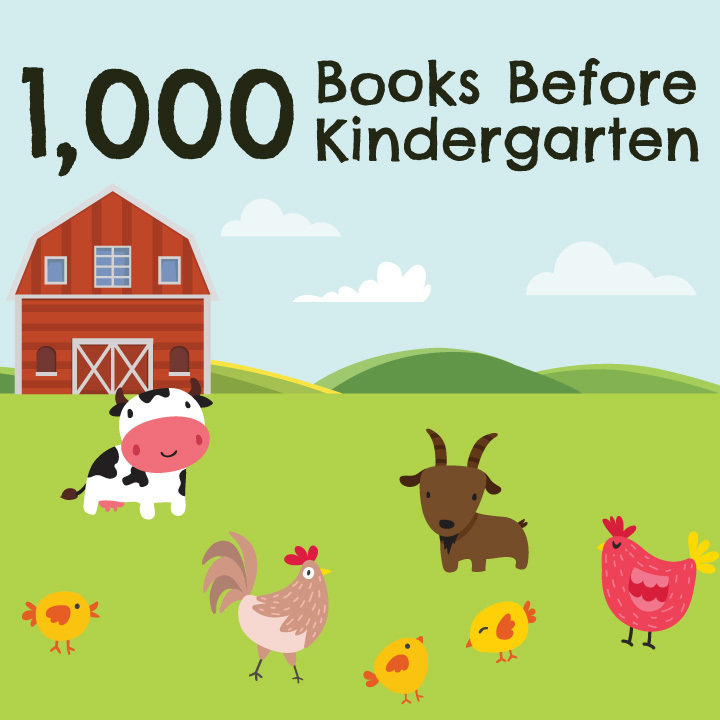 1,000 Books Before Kindergarten is a program encouraging you to read 1,000 books with your child before they start kindergarten. The program is self-paced and you decide how often and how long you will read to your child. It can take anywhere from a few months to a few years. When you register for the program, you can come pick up a welcome packet, including a finger puppet and physical reading logs to color in! There will also be occasional surprises throughout the game, like stickers, a halfway-there certificate, and more (you can even earn a happy dance with a librarian)! When you finish the program, you’ll receive a graduation certificate, an invite to a quarterly themed storytime, a free book, and a farm friend adoption kit (just a stuffie, not a real one). Sign up online.

Bloomingfoods Positive Change for Friends of the Library 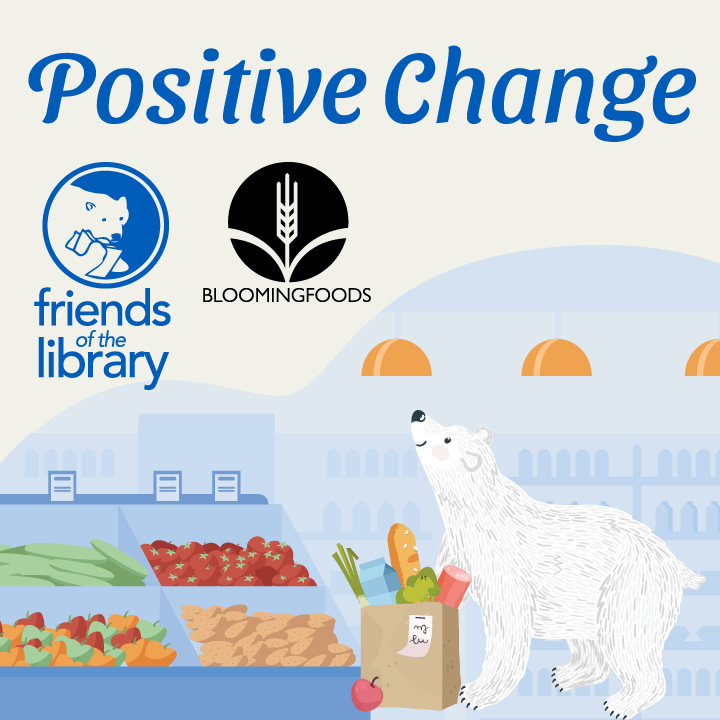 Other
Bloomingfoods members selected Friends of the Library for their Positive Change initiative for the month of May! The Positive Change program is a community-driven fundraising campaign that offers shoppers the opportunity to round their purchase up to the nearest dollar, or donate more if they wish. Shop local at Bloomingfoods, and round up a little during the month of May to make much needed library resources accessible to everyone in our community. Any amount raised during the first 7 days of the month will be matched by a generous anonymous donor!
Since 1976 Bloomingfoods has endeavored to be a positive force in this community; working to meet the needs of local folks, support local food, and build a healthy local economy. They believe that community-based organizations are vital to the health and wellness of this community, and they want to help them succeed! Since its rollout in January 2016, shoppers have raised an incredible $490,000 for local non-profits through the Positive Change initiative.
View More
Cancelled

QueerTalk: The Language of Emotions 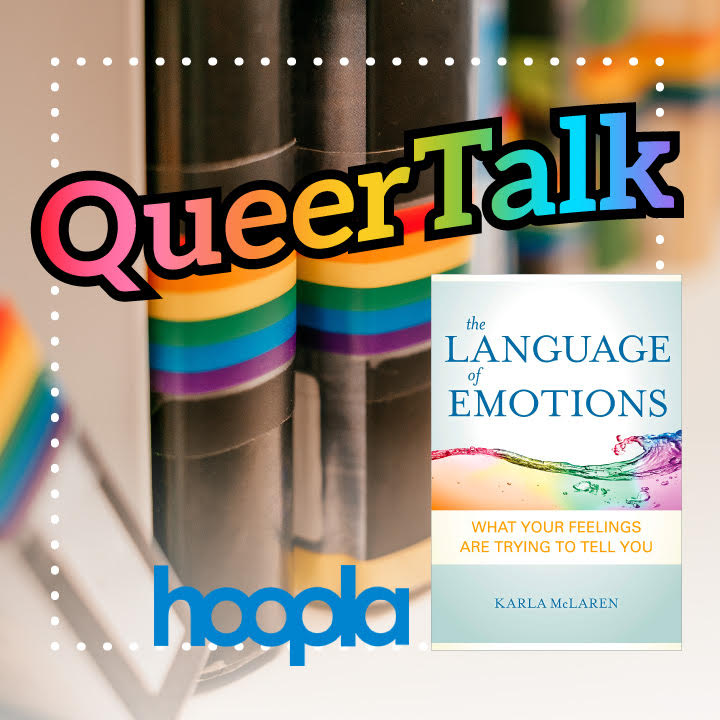 All Branches
Join us as we create a safe space to discuss books written by and for LGBTQ+ individuals. From March–June we will discuss The Language of Emotions: What Your Feelings Are Trying to Tell You by Karla McLaren on the first and third Sundays of the month. Please register with a valid email address. The Zoom link to this program will be emailed to you upon registration. Age 16 and up.
View More
Registration is closed

Coffee with Friends with Nate Powell 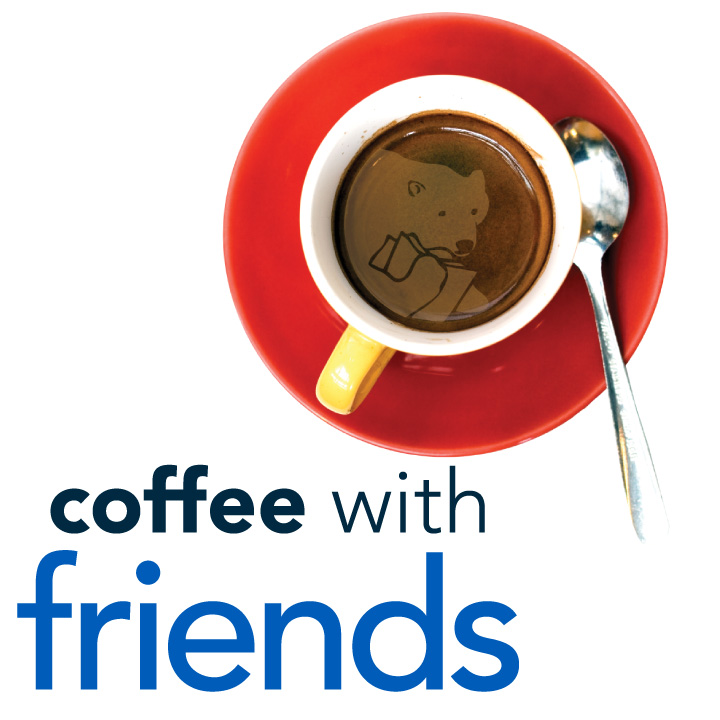 Other
The Friends of the Library presents Coffee with Friends with author and graphic novelist, Nate Powell via Zoom. Audience members will have an opportunity to ask questions at the end of this virtual program.  Please only register one person per household.
In seven comics-style essays, Nate Powell addresses living in an era of “necessary protest.” Save It for Later: Promises, Parenthood, and the Urgency of Protest is Powell’s personal reflection on witnessing the turmoil during the Trump presidency, and how he explains the events to his children. He reveals the electrifying sense of trust and connection with neighbors and strangers in protest, and also explores how to equip young people with tools to best make their own noise as they grow up and help shape the direction and future of this country.
Nate Powell is also the illustrator for the award-winning graphic-novel series March, written by Congressman John Lewis and Andrew Aydin, chronicling the historic events of non-violent revolution in the civil rights movement.
Nate Powell is the first cartoonist ever to win the National Book Award. An Arkansas native, Powell began self-publishing in 1992 at age 14. His work includes Save It For Later, the March trilogy, Come Again, Two Dead, Any Empire, Swallow Me Whole, and The Silence of Our Friends. Powell’s work has also received the Robert F. Kennedy Book Award, three Eisner Awards, two Ignatz Awards, the Comic-Con International Inkpot Award, four YALSA Great Graphic Novels For Teens selections, and is a two-time finalist for the Los Angeles Times Book Prize.
Get your signed edition of Save It For Later for $20 at the Friends Bookstore. All proceeds directly support the author. Bookstore open Tuesday and Thursday 11 am - 7 pm, Friday and Saturday 11 AM–5 PM, and Sunday 1–5 PM
View More
Back to Top